Outdoor lifestyle in the mountains

Paragliding at sunrise attracts both adventurous outdoor vacationers as well as local South Tyroleans. By rising early, we are able to catch the awakening of nature in the mountains. The Ifinger Tandemclub Team promise you an unforgettable adventure.

The trajectory of the sun and time of the year determines our departure time. Dawn might come earlier, or a little later. We will gladly pick up guests or arrange a meeting point where we can fetch you to get to the Kuhleitenhütte Refuge (2,400 m) near the Merano 2000 ski area. We arrive at the take-off point in our vehicle, but some guests might prefer to negotiate the final stretch on foot.

After a hearty breakfast, we await the arrival of dawn on the refuge terrace: the first rays of sunrise announcing the start of our adventure. We then take off on our paraglider, flying above the magnificent Passeiertal Valley for between 30 – 40 mins, at an altitude of 2,050 m. The landing is near the Torgglerhof Hotel in Salthaus/Saltusio, or on the Quellenhof Golf Course.

Our experienced pilots will shoot spectacular footage (photos and videos) throughout the tandem flight, including the prelude at sunrise and during the actual flight. You can collect these at the valley station after the end of your flight. Prices as above.

Included in the sunrise flight:

Sunrise paragliding attracts both locals and visitors, wishing to experience the South Tyrolean Alps at their best.

After a hearty breakfast, we’re all set to go. Witnessing the sun rising over the Alps is without doubt one of the most breath-taking mountain adventure experiences.

Throughout the flight, our pilots shoot spectacular footage (photos and videos) for you to take home as a souvenir. 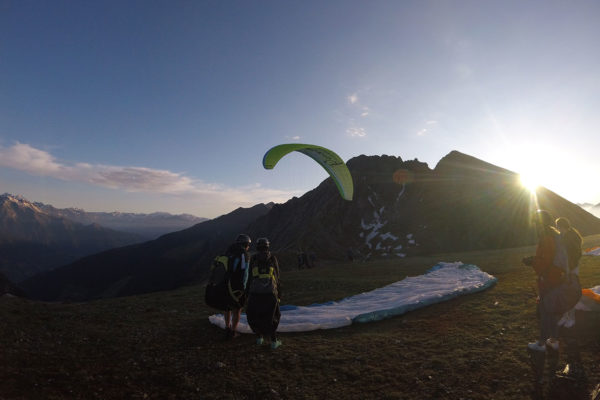 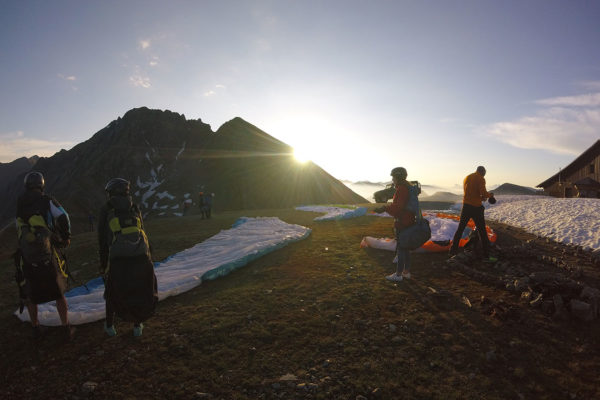 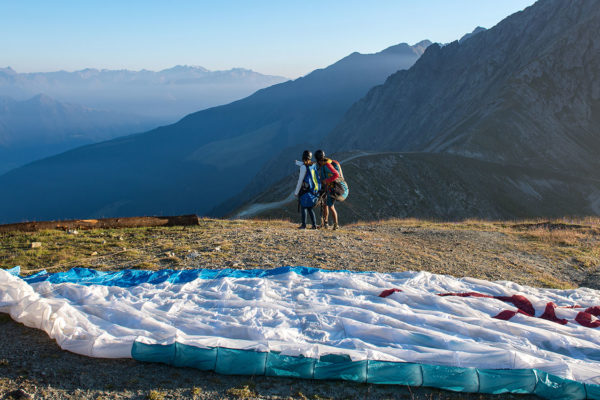 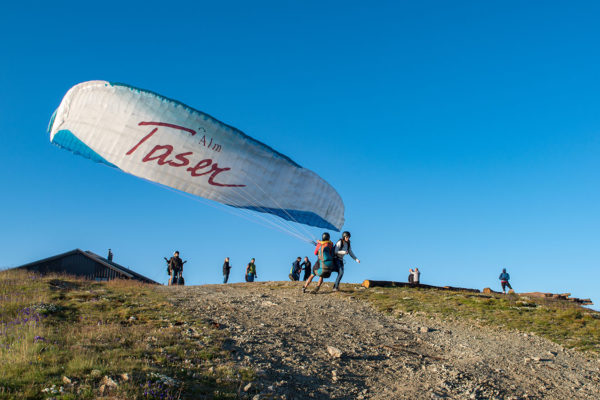 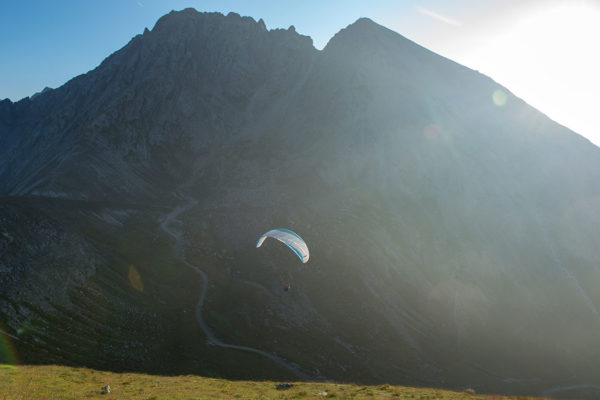 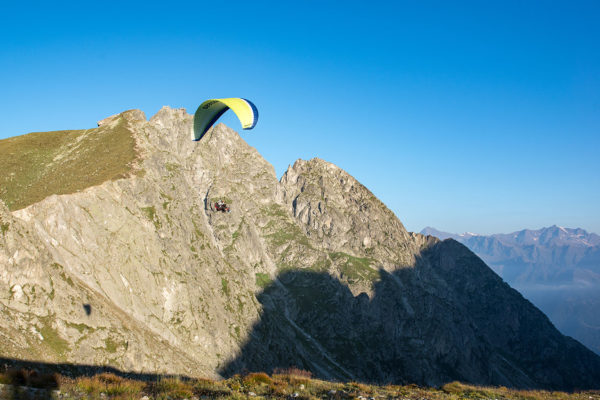 In case of any questions or about your dates, please contact us.